Someone Pushed The Stupid Button 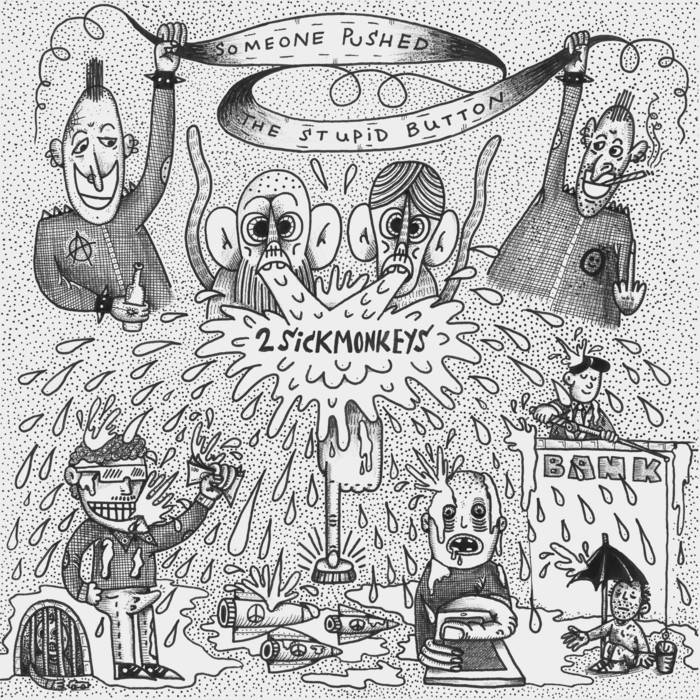 CD versions are available on the current UK Tour (August 20th - 28th) and will be available online after the tour.

1. Victims
2. There's Something Wrong With You
3. We'll Free The Shit Out Of You
4. The Doomy Punk Song
5. Where's The Progress In That?

Front and back cover artwork by Japio de la Hiti

Recorded and mixed by Arfur Fucksake (with lots of help from Matt Pumpkin)
at Hellhouse and Holmes Music.
Mastered by Matt Pumpkin at Made Of Ale Studios.

Massive thanks to Japio, Matt Pumpkin, all at Holmes Music and
everyone that's ever helped us out and been nice to us in any way,
shape or form...it's very much appreciated!
Thank you.

Bandcamp Daily  your guide to the world of Bandcamp

Khruangbin and Greg Foat stop by with their amazing new LPs.